The interview was published on 15th of July, and at that moment team wasn’t under HellRaisers name yet.

KlanRUR talked to the Serbian player going to The International, the biggest eSports tournament in the World, Uroš “Swiftending” Galić. The best position 1 player in our region has fulfilled a dream of many– to play against the world’s best Dota 2 players. What goes along with that, what kinds of sacrifices he had to make, how does he practice and who does he learn from when there is nobody better around are the main topics of this interview.

You entered a team that has been playing together for a long time, and as the last player in – how did you fit in? They said that you were exactly what they were missing.

So far so good, having played a huge amount of games going through two open qualifiers had helped a lot. (Planet Dog was eliminated by Lod[A] stack only in the final match of the first open qualifier). They were already a well formed team without me, so I just realized the approach to the game they have and adapted to it.

MILAN said you wanted to focus on your University studies and not the qualifiers – did you believe in success when you eventually opted to play in the qualifiers?

Actually, my intention was not to enter the team until TI was finished. The roster lock had already finished when I left EPG so most of the good teams were already finalized and a lot of the good players were taken. I got a few offers after I left EPG but those were teams of similar or lesser rank, even pubstacks, so I probably wouldn’t have accomplished much playing for them. I decided to focus on my University studies which I have neglected for most of the year since I have been playing pro Dota.

Then came Milan and asked me to play with them, and I knew very well that they had good results and were amongst the strongest Tier 2 teams in the region. I knew there was a chance of accomplishing something, so I decided to put everything aside during the qualifiers and give them my best. If I hadn’t believed we could make it I wouldn’t have joined the team!

EPG didn’t have any good results for some time and I would say that the players’ motivation wasn’t on the same level it was when I started playing for them. I wasn’t motivated but I said I would play for them until the end of TI qualifiers (we were already roster locked so I didn’t want to spoil anything). I was planning on making a decision afterwards, after I saw how we would do in the qualifiers. But Pingvincek announced right after the LAN tournament in Russia (Russian Esports Cup) that he’s leaving the team, which meant that we would need to find a player and go through the open qualifiers.

There were also talks about longer bootcamp trainings and playing the TI qualifiers in another region, something I didn’t agree with. The rest of the team was really excited about that and I didn’t want to be the only one to spoil the mood. That is why I decided to leave the team and, as I thought at the time, focus on my individual game and University studies until the end of August.

The rest of the (Planet Dog) team claims that they have a unique play style and outlook on Dota in general – how do you see it?

Every team is a combination of players with different ideas, styles of play, number of heroes they play and so on, so we are also unique in a way and we tend to complement each other as best as we can.

Give us your opinion on the patch and position 1 – you are expected to brawl a lot, would you rather farm? What do you think about the meta?

This meta where the carry brawls a lot and hard carries [?] are rarely a good choice is being pushed for a couple of years now and at first I didn’t like it at all, especially since a lot of carrys are already weaker since the introduction of items like glimmer, solar crest, etc. I am used to it by now and realized that they want the mid to be the carry (which is further amplified by the recent change where mid got one more creep at start) and that the carry is just some independent hero that will be strong but won’t play a 1v5 game, as we were used to in the old Dota “1”. In general I think that the current meta is ok and a lot of heroes being played are ok for me, so I am satisfied.

Personally I think you are the best Slark player on the planet – do you agree?

(haha) It would be very bold of me to say so, I still have to prove myself with him against stronger teams. But I can agree that as far as Europe is concerned there aren’t many players that can play Slark as well as I can.

Which 3 off-laners you wouldn’t like to meet on your lane at TI?

I’m not afraid of any player (off-laners included) so at the tournaments I focus only on my own game, who is on the other side of the lane is not that important. Still, if I would have to name them I would say those would be s4, Mind Control and Universe.

Which is the best player you have ever played with?

That would probably be Saksa.

Have you ever had an offer or a tryout for a T1 or a T2 team?

I was contacted by Na’Vi’s manager sometime in November last year when they were putting together the roster and we did an interview. They were waiting for the end of Boston Major to interview more players so I didn’t expect much because I knew such an organization would rather take on someone more well-known and longer in eSports than I was. And I was under contract with EPG at the time…

Is MMR and indicator of skill, vision, gameplay knowledge, whatever? Is Dendi wrong?

Dendi is definitely wrong because MMR shows a lot of things besides just skill. For every player that has legitimately earned over 9000 MMR you can tell:

Do you play any other games except Dota?

Mostly Battlerite and Hearthstone when I want to cool off from Dota. Nothing serious, in Battlerite I’m mostly somewhere in Champions League during the season (above are only Grand Champions), and in Hearthstone I got a Legend a couple of times, but I mainly play Arena. Beside that, I sometimes fire up websites like Aimbooster just to warm up a bit, although that’s not particularly important for Dota.

What do you do in your free time? Who is Swiftending in reality?

Outside of Dota I’m currently a student of the third year at the University for Computer Science in Belgrade. Before I started playing Dota intensively I used to play basketball, athletics and karate, finished junior guitar musical school and got my FCE and CAE exams in English. Since I started playing Dota professionally there is barely any time for such activities, so if I’m not at the computer, I’m mainly just hanging out with friends or doing some school related stuff.

Are you nervous about TI?

Currently no, and I hope it stays that way when we get there.

Who did you learn the most from about Dota? When was your biggest progress?

Honestly, mainly from myself… I don’t have a lot of experience in pro Dota, haven’t played in teams that long or with some of the great players of the scene. I achieved most of what I am today by watching a lot of replays from players better than me, a lot of pubs, a lot of analyzing my mistakes and wanting to get better.

What are your thoughts on the Serbian Dota scene? Is there any potential in purely Serbian teams?

The biggest problem with the Serbian Dota scene is that there are not many new players. In general there is a lot more interest in LoL and there aren’t a lot of prospective new players in all of the roles. You can always put together decent teams comprised of our players, but you need a lot of luck for that to work. For example, even the Russians had problems putting together a team that can rival World’s Tier 1 teams before the current Virtus Pro was assembled – and Russia has at least 500 times more players than Serbia. Simply, even if all of the players are good, they may not suit each other – by temperament, by style of play, by the fact that all of them are greedy and they don’t have a playmaker or vice versa.

So in Serbia you might find 5 good players in each of the roles but since you don’t have much choice, it’s unlikely that they would fit and function as a team. Of course, this is talking about the Tier 1 scene, there were already some Serbian teams successfully competing in the Tier 2 scene.

How do you see the current European Dota scene, minus the teams that didn’t go through the qualifiers (OG, Team Liquid)?

Currently I think there are a lot of unbalanced teams on the European scene, partly due to the fact that most of the teams have changed one or two players right before TI.  And when that happens national teams that stick together for a while come out in front simply because they already have teamplay in place. Singularity, Mouz and Danish Bears went to the playoffs and all are national teams with a small exception of Danish Bears that changed one player. That is why Mouz qualified for Boston Major last year – teamplay in place outweighed great talent of teams that were assembled after the shuffle. I think that we’ll see a lot of teams from Europe break apart once again and enter the shuffle after TI, so the current state of the scene is only temporary. 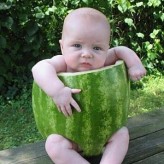 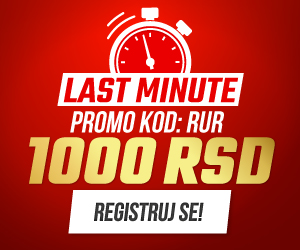